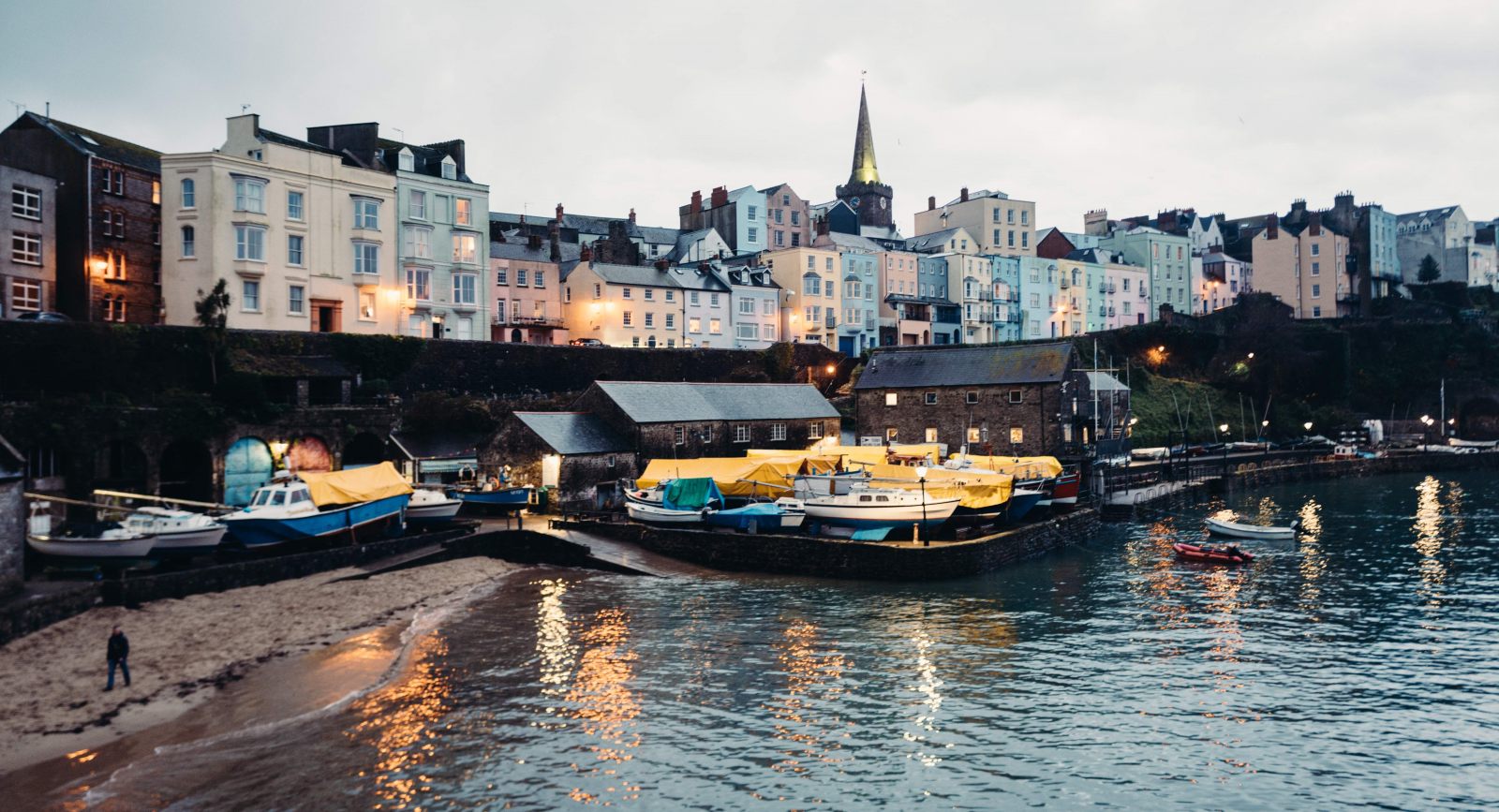 With the insatiable need to escape London at the end of yet another very rainy week, I decided on a whim to escape the city and to drive direction Pembrokeshire in Wales.

I reached out to Coastal Cottages, who I previously worked with in the past, to see if they'd have another cozy little place available for a few days for me and here I was on my merry way to spend a relaxing break in lovely little Tenby.

After a short 4 hours drive on the M4, I made it to this very colourful village right by the sea on a mission to relax, walk and spend as much time indoors as possible. I’m really lucky to be staying right down by the harbour, in a cottage called Lower Deck, with the most prime location in Tenby, with a vew over the rainbow houses just by the front door. As soon as I got inside, I felt at home in this nautical theme home, and the stress of the city had already vanished off me. It was off to a very good start.

The last few days being back in London were hectically busy and with Mercury bloody retrograding again during the past few weeks prior (I hate when it does that), I’ve felt this intense need to ground myself somewhere, to be home. Home is fast becoming a foreign concept to me as a digital nomad, but a comfy sofa and a meal enjoyed whilst watching David Attenborough on the BBC would pretty much cure any homesickness crisis of mine. I hadn't realised it quite then, but I had just entered a quest to find the homeliest routine to get back to myself.

Somehow, somewhere admist the stress of city and travel life, I had forgotten about what it felt like to just relax. Waking up to the sound of the waves and observing dog owners playing on the beach reminded me of those 3 simple things that makes every worry and negative thought flow away and leave you feeling grounded and with some sort of direction in sight, not just aimlessly floating away anymore. It’s just so nice and exactly what I needed.

My recipe for happiness consists of 3 key ingredients: • the sea. The ocean. Or some body of water. • a car. Or a motorbike. Anything that moves and gets me places. • a dog. Or more than one dog. Lots of them is even better.

And it all worked wonders. Some might say that a rainy escape to Wales in November doesn't sound the most appealing, and I quite often had to play some convincing when travelling with someone else, but it's my favourite time of the year to go on long walks on the beach and by the coast. You never appreciate a home so much than you do at the beginning of the colder days, when you hear the crackling sound the water and you hug your warmish milky tea to warm your hands after an escapade outside. You're allowed to stay longer in bed, and don't feel any sort of guilt when you'd rather stay in and relax with a good book rather than go out.

Tenby was the perfect spot for that break as well. I could still see the light reflecting on the colourful houses from my living room window, and when it intensified, my urge to photograph the view from my front door became so strong that I had to wear coats and boots and off I was exploring again. I'd walk for hours, just observing the life evolving all around me. There's something so whimsical about a place that would usually be hustling and bustling being a little more quiet on the off season, as if you're exploring the hidden side of a well known world. I just can't get enough of it.

Here are some photos of my stay, head over to Coastal Cottages to see all their beautiful properties alongside the Pembrokeshire coast!

*My stay at Coastal Cottages was complimentary