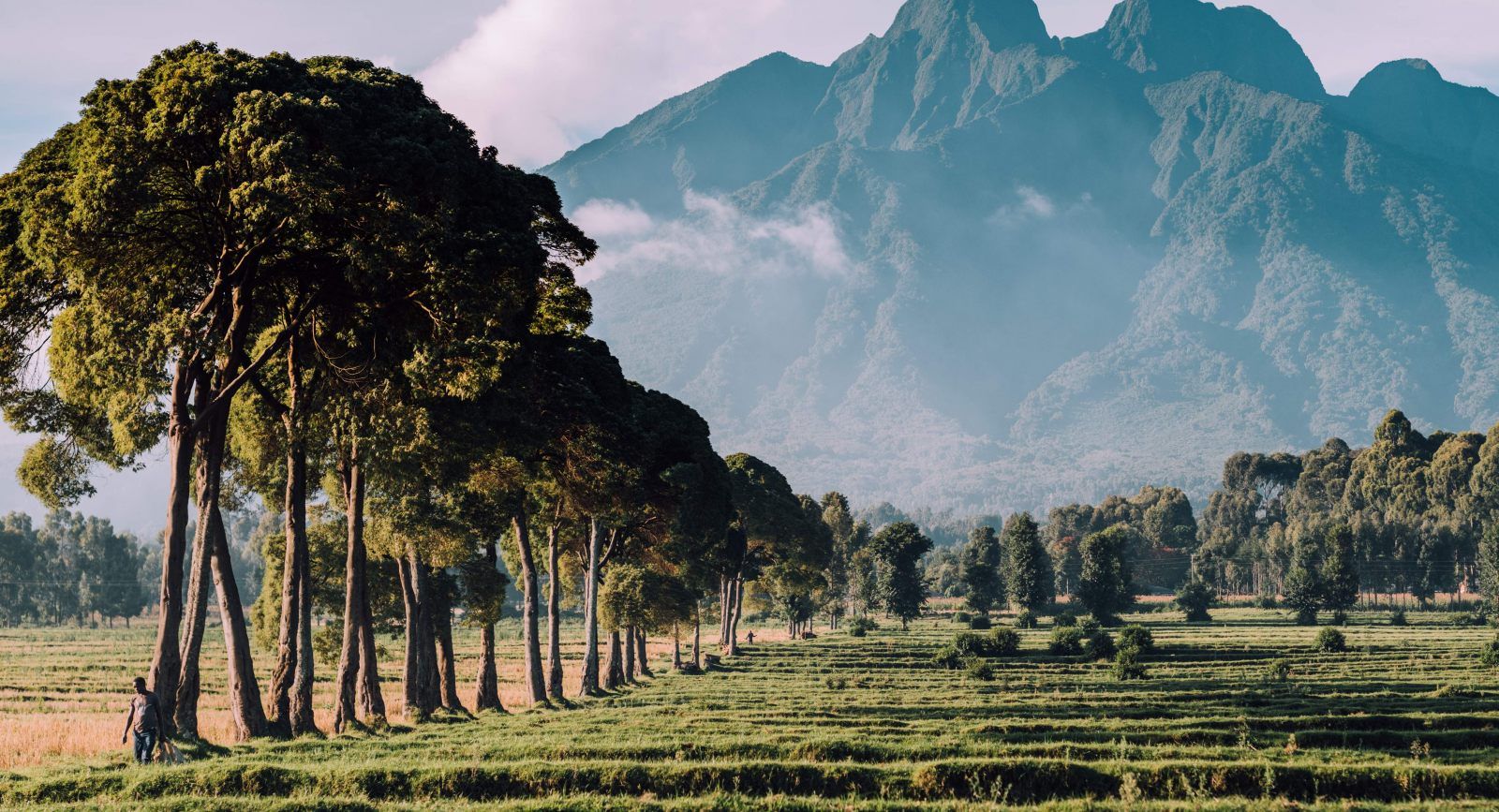 I travelled in Rwanda in February of 2019, alongside a bunch of absolute legends. This trip would not have been the same without Freddie, Ali, Joanna, Mike and our driver Patrick and guide Kambogo. This trip was organised and supported by Visit Rwanda.

The ground is wet and slippery, the rain is rolling down from our hoods onto our cheeks. We just got out of the shelter of the forest, where we’d spent an hour with the gorillas, and entered the morning mist that surrounds the mountains, onto an open field of low bushes. I’m holding the hand of my porter, Mike, his firm grip on my arm acting as a clutch, preventing me from yet another unwanted accident, trying my best not to fall down in a nettle filled bush on the slopes of the volcano. The trackers are walking ahead of us,  cutting everything that stands in our way with their machetes.

We’re walking in silence, only just punctuated by the odd “be careful, these sting”. We had been travelling together for about a week at that point, and it’s the most quiet we’d ever been. I think we’re all processing what had happened... Only a few moments before then, when my eyes crossed paths with that gentle giant, trying to shelter from the rain, I lowered my camera, stopped taking images and took it all in.

We spent an hour altogether with the gorillas, but it felt like 5 minutes or 5 hours all at once. As we’re walking back to camp, there’s something indescribable in the air.

Contentment. Awe. Happiness. Acceptance. Gratitude. It’s slowly sinking in that never is ever going to be the same. This encounter was the culmination of one of the most eye opening trip of my life. Everything that has happened to me so far in my life, the good as well as the bad, has brought me here, right now, and only for that, I’d do it all over again.

25 years after the Genocide, Rwanda is still to this day only world widely known for its dark past, its history casting a shadow over this land of a thousand hills. But as soon as we landed, we realised how wrong our biased expectations were.

All around the country, from Kigali to Lake Kivu, the streets are cleaner than any other place I’ve ever seen, people sweeping fallen leaves off the streets and kids happily making their way to school. The landscapes are green and lush, rolling hills looking like waves on the horizon, the morning fog adding a touch of mystery.

This turnaround nation is all about adaptation and coming together in a common interest. With one of the most unique biodiversity in Africa, and wildlife suffering from the rise in poaching, the government of Rwanda didn't have a choice but to adapt and completely turn around, as a whole nation. Ex-poachers and their families are given work as porters to help with their reinsertion and Wildlife Conservation is one of the pillars of the Economy.